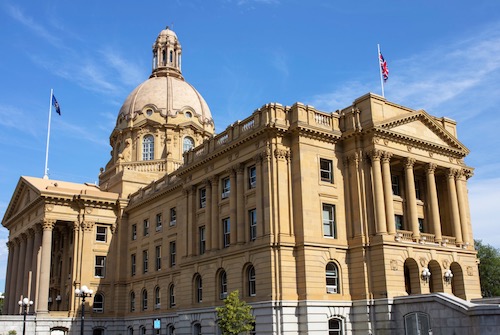 Late last night, the Alberta Legislature wrapped up the Spring session of the 30th Legislature, one which was characterized by heavy criticism and controversy, including heading into session following the controversial travel of MLAs and senior staff, and ending with the Premier being forced to apologize after photos were released showing him and key members of his cabinet and staff having a dinner in violation of the provinces COVID-19 public health orders at the “sky palace” on top of the Federal building. Throughout this session the government had to manage a number of issues, all in the midst of the 3rd wave of the pandemic, including strong criticism around the draft K-6 curriculum, two members being ejected from caucus after one called for the Premier to resign and polling numbers continuing to decline. This session, which saw the passage of 23 Bills, began on February 25th with the tabling of Budget 2021: Protecting Lives and Livelihoods, aimed at providing a roadmap for economic growth and supports for fighting the COVID-19 pandemic.

Key government bills tabled this session included the Recall Bill, which would allow voters to recall their elected MLAs, and municipal and school authorities, and the Citizen Initiative Act, which would allow citizens to push the government to trigger a referendum on policy or constitutional change, both key aspects of the UCP platform in the 2019 election.

The final list of Bills passed in this session are:

In addition to legislation brought forward, the government made a number of significant announcements throughout this session including bringing forth the Alberta Jobs Now program to help get Albertans back to work, conducting a climate policy engagement, starting to roll out a number of significant projects funded through the ERA’s shovel-ready challenge including support for a $1.3 billion hydrogen plant in Edmonton,  and announcing changes to the Alberta Film Tax Credit, which attracted a number of productions including the major HBO series “the Last of Us”.

Government House Leader, Jason Nixon, has stated that he expects the government to prorogue the session in the fall and start fresh with a Speech from the Throne. This would mean legislation left on the order paper will be dropped, including MLA Yaseen’s private member’s bill to have rodeo declared Alberta’s official sport as well as the NDP’s proposal to provide presumptive worker’s compensation coverage for those infected by COVID-19 at work and to create an independent seniors’ advocate.

It is expected that by today the government will be announcing that 70% of Albertans aged 12 or older have received their first vaccine dose, triggering the two-week countdown to beginning the third and final stage of the province’s “Open for Summer Plan”.