Today, Prime Minister Justin Trudeau announced that the Honourable Anita Neville will serve as the next Lieutenant Governor of Manitoba. From 2000 to 2011, Neville served as the Liberal Member of Parliament for Winnipeg South Centre. During that time, she served in various roles such as Parliamentary Secretary to the Minister of Canadian Heritage and Minister Responsible for Status of Women. Ms. Neville also has over a decade of experience in education including five years as Chair of the Winnipeg School Division Board of Trustees. She has a Bachelor of Arts (Honours) in political science and history from the University of Manitoba.

She will become the third woman to hold the role and succeeds the Honourable Janice Filmon. Filmon was appointed on June 19, 2015 and after over seven years in the role is one of the longest serving Lieutenant Governors in Manitoba’s history. Ms. Neville will also become the first Jewish person to serve in the role. She comes from a shortlist provided by a non-partisan committee, and is appointed by Canada’s Governor General on the recommendation of the Prime Minister. A date hasn’t been set yet for her official installation ceremony.

Lieutenant Governors serve as the Queen’s representative in each province. Their duties include granting Royal Assent to provincial laws, opening and closing sessions of the legislature, and swearing in members of Executive Council (i.e. the Cabinet). Ms. Neville will also be responsible for inducting individuals into the Order of Manitoba as part of her official duties.

Prairie Sky Strategy would like to wish the Honourable Anita Neville all the best in her new role, and also thank the Honourable Janice Filmon for her dedication and years of service to Manitoba. 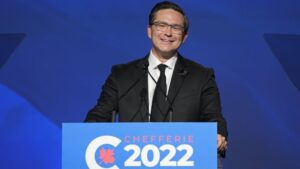 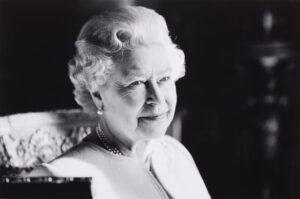 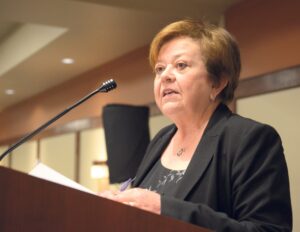