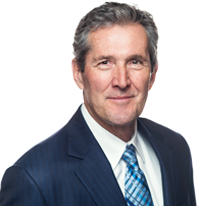 Today Manitoba’s 22nd Premier Brian Pallister announced that he will not be seeking re-election and will be stepping down as leader of the Manitoba Progressive Conservative (PC) Party and as Premier. In his announcement the Premier thanked Manitobans and touted accomplishments such as the province’s first balanced budget in 11 years and ongoing investments in health care, education and social services.

First elected in a 1992 provincial by-election Premier Pallister has almost continuously served as either a MLA or MP. In 2012 he became the leader of the PC Party of Manitoba. He was sworn in as Premier following the 2016 election which delivered the largest majority in the province’s history. In his remarks Premier Pallister stated:

“But now, through our collective efforts, Manitoba is poised to recover stronger than ever. Our vaccination rates lead the country. Our job growth leads the country. Today, Manitoba is incredibly well-positioned to springboard into a stronger economic future with even greater social progress.  That is why I believe this is the right time for me personally to turn the page and allow a new leader and premier to go that next step and lead Manitoba into a new chapter of progress.”

We’re Here to Help
If you have any questions please contact: