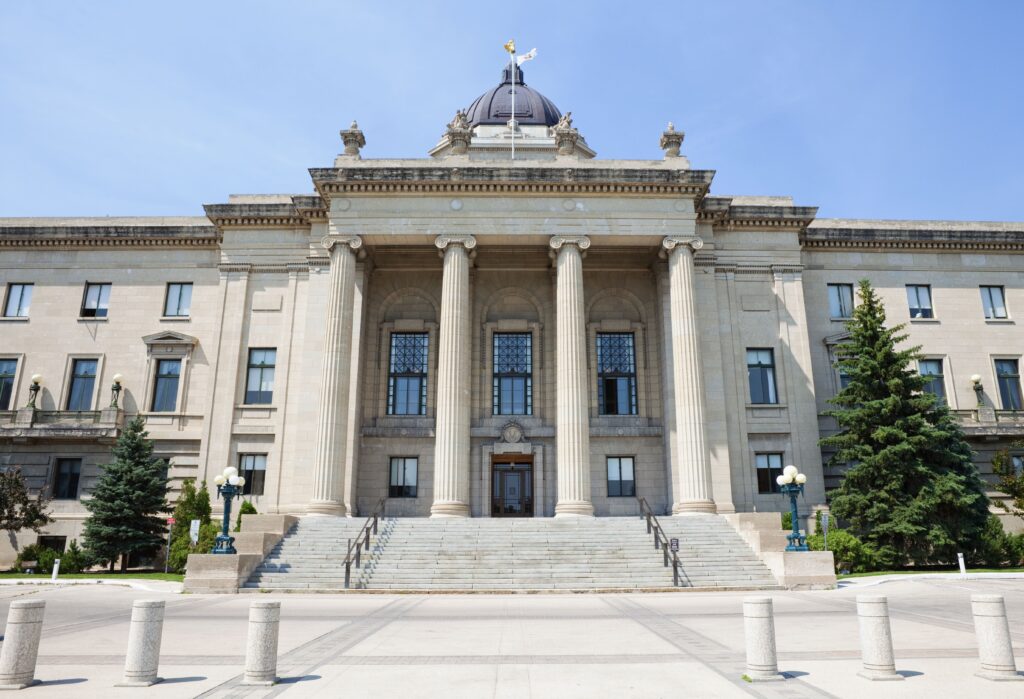 Today, Manitoba’s Lieutenant-Governor Janice Filmon swore in Kelvin Goertzen as Manitoba’s 23rd Premier. The change in leadership follows Brian Pallister’s recent announcement that he won’t be seeking re-election and his resignation so as to not appear to be interfering with the Party’s leadership race.

Premier Kelvin Goertzen was chosen by Progressive Conservative (PC) caucus members and won’t be running for the Party’s leadership. With ballots from the leadership race being counted on October 30th, Premier Goertzen will be in the office for roughly two months. In his first press conference as Premier he announced that the government will look to conduct a brief fall sitting of the legislature. The focus of the fall session will be on conducting some housekeeping business and it isn’t expected to last more than a few days. Most noteworthy is that Premier Goertzen announced all 5 designated bills will not be moving forward. This helps give his successor a clean slate as these were the most controversial bills in front of the legislature. The designated bills are:

Kelvin Goertzen has been a Member of the Legislative Assembly (MLA) since 2003, representing the Steinbach constituency. First elected at the age of 33, he became the youngest MLA ever to represent that riding. He’s previously served as the Minister of Health and Education, and on January 5th of this year was appointed Deputy Premier and Minister of Legislative and Public Affairs. He has degrees from the University of Manitoba in economics, commerce and law.

Three candidates have declared they are seeking the PC leadership, which by winning they become Manitoba’s 24th Premier:

The deadline for nominations is September 15th, and applicants must submit a $25,000 entry fee as well as sign up 1,000 new or renewed members. The cut-off date for new memberships is September 30th. Voting is to be conducted by mail-in ballots and they will be counted on October 30th in Winnipeg.

Pallister has said he will remain the MLA for Fort Whyte for several weeks to clean up constituency matters. He leaves the Premier’s office having balanced the province’s first budget in 11 years while also reducing taxes.