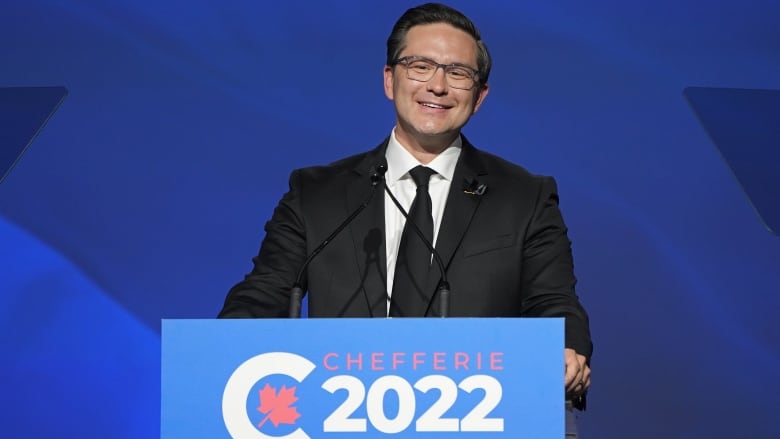 On Saturday evening, the Conservative Party of Canada announced
the Honourable Pierre Poilievre as its new leader after winning on the first
ballot with 68.15% of the vote. Candidates Jean Charest, Leslyn Lewis, Roman
Baber and Scott Aitchison received 16.07%, 9.69%, 5.03%, and 1.06%
respectively. This CPC leadership campaign had it’s largest voter turnout ever
with Mr. Poilievre winning 300 of the 338 federal electoral districts in Canada.

Mr.Poilievre, who has represented the constituency now known as Carleton in the
west end of Ottawa since 2004, becomes the new leader of the Conservative Party
of Canada and the Leader of His Majesty’s Loyal Opposition during what was at
times a very confrontational and divisive campaign. He previously served in the
Stephen Harper government as Parliamentary Secretary to the Prime Minister and
Minister for Democratic Reform and later as Minister of Employment and Social
Development. Prior to the leadership campaign he served as his party’s finance
critic, which won him accolades from many conservative supporters for his sharp
criticism of Prime Minister Justin Trudeau’s government, especially around
“pocketbook” issues.

Given
the tense campaign amongst contenders, the large question going into the
convention was around party unity with the revolving door of CPC leaders over
the last number of years. With Mr. Poilievre’s resounding first ballot win and
his less partisan than expected victory speech, some of those concerns were put
to rest. During his speech he paid respect to the late Queen Elizabeth II and
support for King Charles III, while thanking each leadership candidate and
especially Jean Charest, who was his chief rival during the contest and
recognizing him for his long history of championing Canadian unity. He also
took aim at the current government over inflation, the economy and
affordability while avoiding some of his more controversial positions raised
during the campaign such as firing the Governor of the Bank of Canada, support
for cryptocurrencies, and the truck convoy that occupied Ottawa for several
weeks.

Meanwhile,
King Charles III was officially proclaimed as Head of State of Canada on
Saturday, though legally, he took on that role at the moment of the passing of
Queen Elizabeth II. Her funeral is scheduled for September 19th in
London, which both the Prime Minister and Governor General are expected to
attend. There will also be a national commemoration in Ottawa the same day,
which will be televised nationally. Parliament may also reconvene earlier than
scheduled this week so that Parliamentarians may pay their respects to the
Queen and to recognize King Charles III, who also bestowed the title of Prince
and Princess of Wales on his son William (now first in line to the Throne) and
his daughter-in-law Kate.