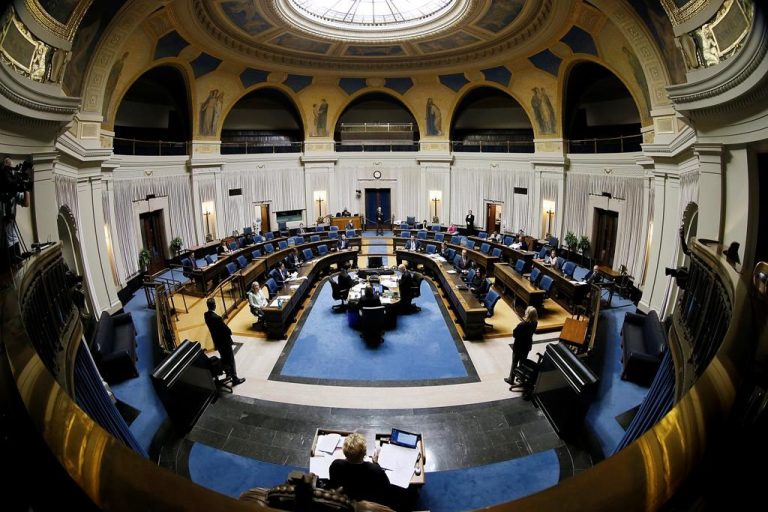 Newly-appointed Lieutenant Governor of Manitoba, the Honourable Anita Neville, opened the fifth session of Manitoba’s 42nd Legislature today in Winnipeg with the Speech from the Throne.

This will also be the last legislative session for Premier Heather Stefanson to implement what she has called the “bold initiatives” her government hopes will result in another majority victory next October.

While any Throne Speech contains more promises than details, Stefanson’s Progressive Conservative (PC) government has made more than two dozen announcements worth over $300 million in just the past two weeks leading up to the Premier’s self-described “visionary statement,” Throne Speech . A good portion of that money ($200 million) was part of a human resource action plan announced last week to retain, train and recruit healthcare staff.

As expected, the speech continued to highlight the Government’s ongoing themes of affordability, health care, public safety, natural resources and attracting people and investments to the province, including the following goals:

Within those overall goals, some of the highlights include a multi-year multi-billion dollar investment in Winnipeg hospitals. Mantiobans can expect more details soon on that investment, similar to the commitment to create 1,000 new addictions treatment spaces.

Manitoba Hydro remains a top issue with a commitment by the PC’s to financially stabilize the crown corporation. The New Democratic Party (NDP) under their leader Wab Kinew have said they would freeze hydro rates if elected next year. Over the upcoming months, Hydro is likely to stay in the headlines as both parties will be pressured to provide further details on their plans for Manitoba’s largest crown corporation.

The PC’s are hoping the Throne Speech helps them to pivot from their months-long stagnation in various public opinion polls, which suggest a general election held today would result in a victory for the NDP.

The legislature is scheduled to sit through December 1 before rising for the winter break and returning on March 6, 2023.

The first test of the government’s newly announced vision will be determined in the next month through a by-election in the constituency of Kirkfield Park, made vacant after former Finance Minister Scott Fielding resigned earlier this year. The byelection will be held on December 13, 2022.

The PC’s candidate, Kevin Klein, is a former Winnipeg city councillor and mayoral candidate in the recent municipal election and was acclaimed this week. Traditionally a PC riding, Kirkfield Park was held by the NDP from 2007-2016 and may be a bellwether of what’s to come in next year’s election.