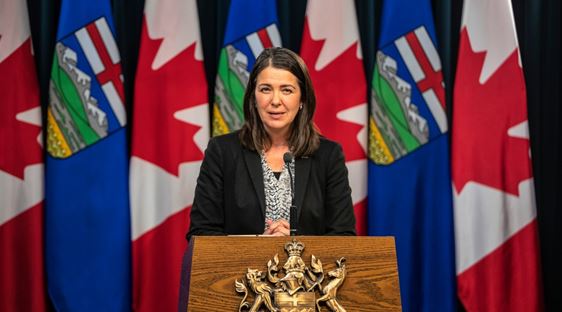 Premier Smith will also be the Intergovernmental Affairs Minister, as was the case with former Premier Kenney.

Notably, there are two deputy premiers: Kaycee Madu from the riding of Edmonton Southwest, and Nathan Neudorf, MLA from Lethbridge-East. Neudorf was a supporter of Premier Smith during the UCP leadership campaign and has not previously served in cabinet. In addition to being a deputy premier, he will be the Minister of Infrastructure. Madu, also a supporter of Smith’s during the leadership campaign, previously sat in cabinet in Municipal Affairs, Justice, and most recently, Labour and Immigration. Madu will also serve as Minister of Skilled Trades and Professions.

Interestingly, the Premier decided to turn to a group of experienced ministers to take on key portfolios:

The new ministers will be officially sworn in next Monday morning and will immediately begin receiving briefings from their departments.

The Cabinet will need to come together quickly, with the UCP annual general meeting taking place this weekend in Edmonton, and the next provincial election now just over 7 months away (May 29, 2023).

Joining the Premier and Minister of Intergovernmental Affairs in cabinet are:

For more information and insights about what these developments mean for Alberta’s political landscape, please contact: