Lt-Governor Salma Lakhani delivered the Speech from the Throne to mark the beginning of the Fourth Session of the 30th Legislature. The Speech outlined the key overall priorities for the Alberta government for the next six months leading up to the provincial election on May 29, 2023. Premier Danielle Smith’s government will focus on affordability, healthcare, job creation, and fighting back against Ottawa. “Rising inflation is impacting the ability of Albertans to provide for themselves and their families; our healthcare system is under significant strain; and we’re combatting unprecedented interference and overreach from the federal government in Ottawa.”

Premier Smith was also sworn in a member of the legislature just before the speech after winning the byelection in the Brooks-Medicine Hat riding on November 8th.

Finally, the Speech outlined the provincial government’s new approach to its relationship with Ottawa through Bill 1: The Alberta Sovereignty Within a United Canada Act. The Act pledges to give the Alberta Government the power to direct provincial agencies and entities (i.e. school boards, police services, crown corporations, etc.) to act against federal laws it considers unconstitutional or “harmful” to Albertans and the economy. It also attempts to shifts the onus on proving constitutionality onto the federal government, meaning Ottawa would have to challenge the application of the new law in the courts, rather than the province taking the federal government to court over laws it disagrees with, as the system now works. The Act would also grant the provincial cabinet new power to change laws without approval of the legislature in certain circumstances.

The Premier has instructed her ministers to prepare special resolutions under the proposed Act for the spring session of the legislature to push back on federal rules on fertilizer reductions in agriculture, emissions reduction rules, firearms regulations, and environmental assessments. Any order made under the act would last for up to two years and could be extended for another two and sets out a 30-day window for judicial review.

Shortly after the Throne Speech, former premier, Jason Kenney, announced he would be resigning as a member of the legislature, saying “now is the best time to step aside”. His resignation is effective immediately and comes after 25 years serving in both the Alberta and federal governments.

BC Lieutenant Governor Delivers Speech from the Throne 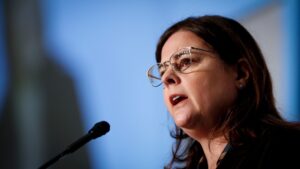 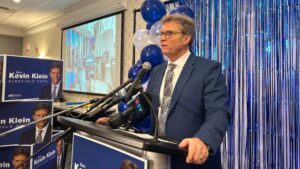