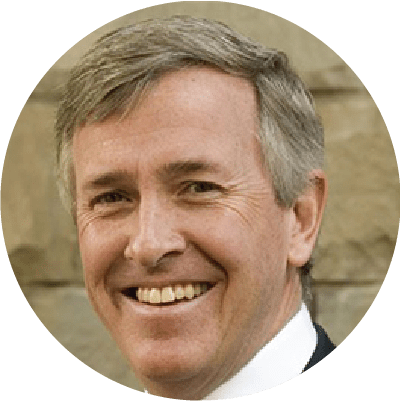 After 20 years of government service and +20 years of business leadership, Jim Dinning brings his experience to PSS.

He is chair of Russel Metals Inc (RUS-T) and Desjardins-owned Zag Bank. He chairs Western Investment Company (WI-V) as well as Ontario Teachers-owned Heritage Royalty’s Advisory Board. He is a trustee of the Killam Trust and director of the Muttart Foundation. For the last 10+ years, he has served as the lead faculty member of the Max Bell Public Policy Training Institute.

Jim served as a director and board chair of Liquor Stores NA Ltd. and board chair of Export Development Canada. He is the past chair of the Canada West Foundation and former director of Shaw Communications, Finning International and Parkland Fuel Corp. He served as chancellor of the University of Calgary from 2010 to 2014 and was honored with the Chancellor Emeritus designation.

Mr. Dinning had a respected career as both a public servant and an elected official. Jim’s held a variety of positions in the Alberta government, including deputy minister of federal and intergovernmental affairs. He served as a member of the Alberta legislative assembly from 1986 to 1997. During this time, he served as Minister of Community and Occupational Health, Minister of Education and finally, as Provincial Treasurer from 1992-97.

A graduate of Queen’s University with a Bachelor of Commerce and a master’s in public administration, Jim received an honorary Doctor of Laws degree from the University of Calgary in 2002. He was honored by Canada’s Public Policy Forum in 2014 when he received the Peter Lougheed Award for Leadership in Public Policy.

In 2015, Jim Dinning was named a Member of the Order of Canada and a Fellow of the Institute of Corporate Directors. Jim is married to Evelyn Main, and he is the proud father of four adult children and dotes on his six Calgary grandchildren.