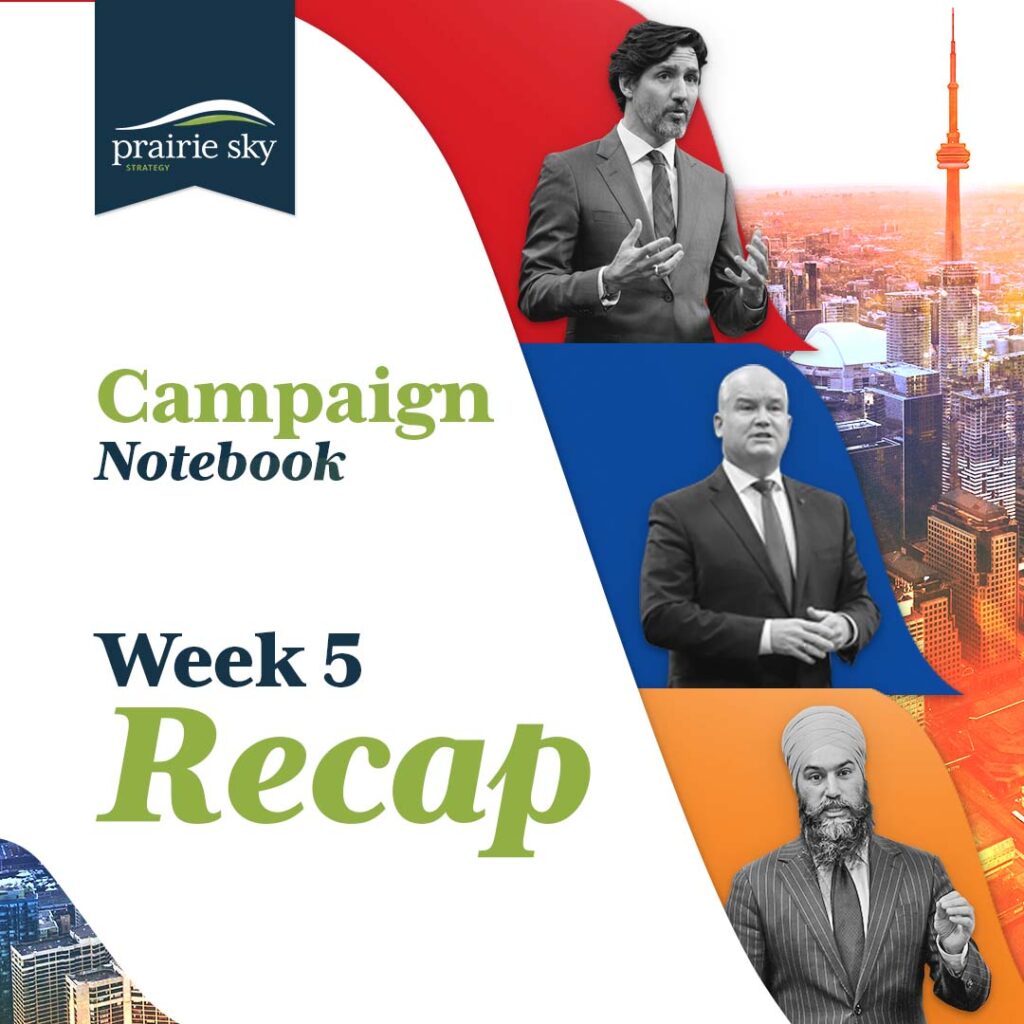 Tomorrow Canadians will head to the polls to elect the 44th Parliament of Canada. Advance polls show a surge in turnout across the prairies compared to 2019, and it’s expected that a record number of voters will vote by mail in ballot.

In the last week the Leaders crisscrossed the country, visiting key target ridings, where polls are predicting many close races.

The latest CBC Poll Tracker has the Liberals with a narrow lead in polling, but with the advantage in seat count. 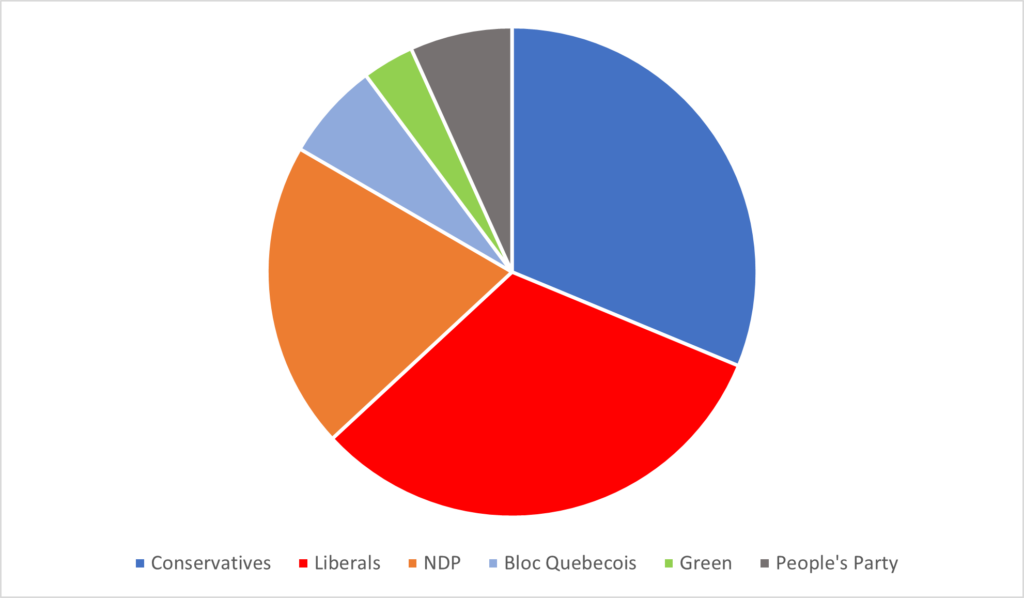 With the campaign coming to a close, here’s a look at some key policy promises for the leading Parties.

Ahead of the first French debate, the Liberals tabled their platform after criticism from the media and stakeholders about a lack of a clear policy document from the governing party. The Liberal platform promises $78B in new spending, with large amounts focused on the environment, health- care, child-care and housing affordability, including a pledge to achieve a net-zero electricity grid by 2035 and further builds off of promises already made in Budget 2021. The platform also proposes several revenue-seeking measures, including taxing luxury vehicles, planes and boats as outlined in Budget 2021. Additionally, the platform reaffirms the Liberal’s commitment to $10-a-day childcare.

On Infrastructure, the Liberals have committed to maintain their current investments, and in addition pledged to:

Conservative Leader, Erin O’Toole, released “Canada’s Recovery Plan” on the second day of the campaign in Ottawa. The platform was presented as the post-pandemic recovery plan in an early attempt to differentiate himself from the Prime Minister in several areas including affordability, job creation, housing and healthcare. The platform seeks to differentiate the Conservative Party of 2021 from the Party of 2019, with a number of new proposals and initiatives. With a focus on pandemic recovery, the plan proposes an expansion of the Canada Emergency Business Account into the Main Street Business Loan, raising the limit to $200,000, as well as the creation of a 15% tax credit for vacation expenses of up to $1,000 per person for Canadians to vacation domestically and a one-month GST Holiday in December. One of biggest policy differences between the Liberals and Conservatives likely to factor into this election is around childcare, with the CPC pledging to scrap the Liberal’s childcare program and implement the Child Care Expense deduction into a refundable tax credit covering up to 75% of the cost of childcare for lower income families.

The NDP were the first Party to release their platform, ahead of the call of the election. “Ready for Better”, outlines the NDP plan on affordable housing, pharma care and dental care, and a package targeting pandemic relief.  The NDP platform however significantly mirrors their 2019 plan, in hopes of contrasting themselves with the Liberal party, stating they will take real action that Prime Minister Trudeau only promised to take. The plan seeks to increase revenue through a number of measures, including reverting the corporate tax rate to 18% and introducing a new 1% Wealth Tax on those with over $10 million in wealth.