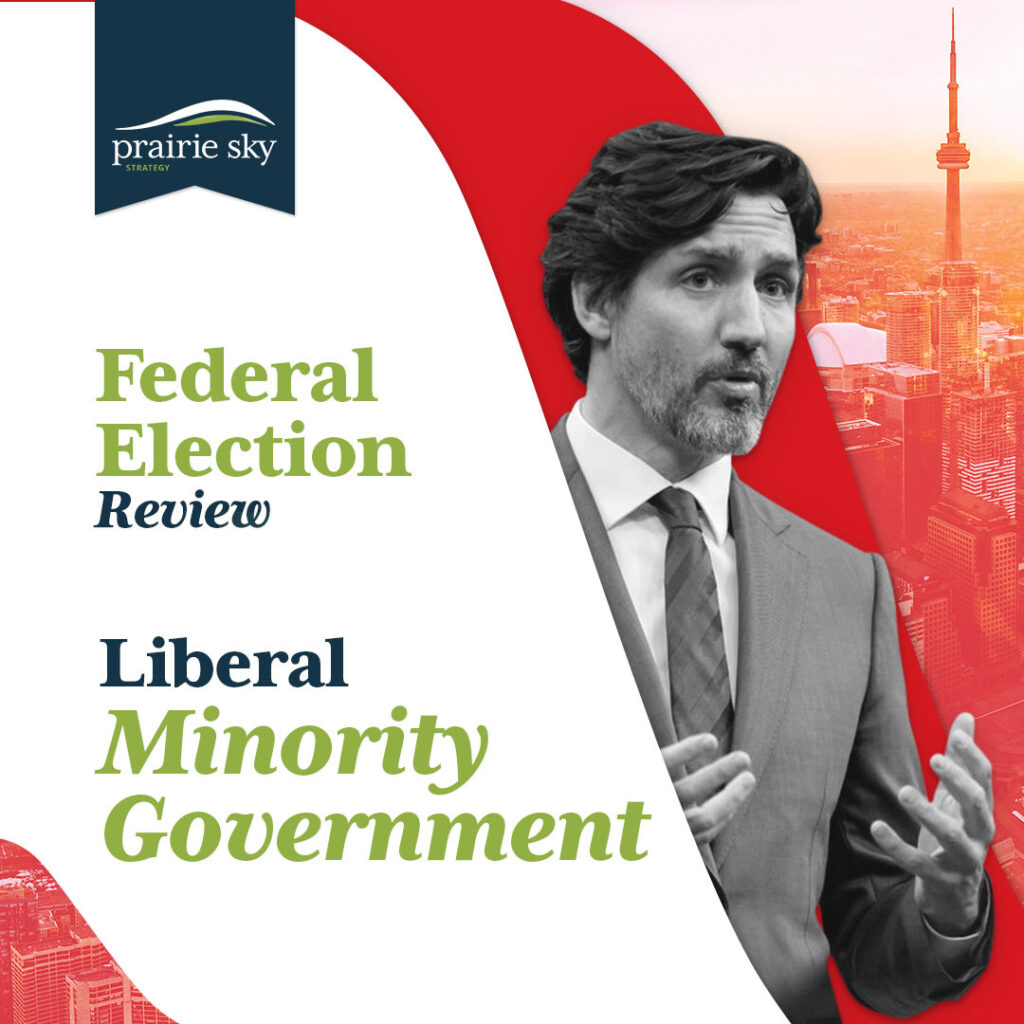 Yesterday, Canadians went to the polls to elect the 44th Parliament of Canada. The 36-day federal election campaign ended with a Liberal minority government, with similar results to the 2019 election, however the Conservatives had a slight advantage in the popular vote.  The unofficial results are as follows based on current projections out of 338 seats in the House of Commons (please note that these numbers may change given how tight some results are):

These results on aggregate are not that much different from the parties’ standings at dissolution of Parliament where:

All major party leaders have won their respective ridings except for Annamie Paul of the Green Party running in Toronto Centre (ON); and Maxime Bernier of the Peoples’ Party of Canada running in Beauce (QC).  Most of the Liberal cabinet has been re-elected.

Overall, the governing Liberals lost a handful of seats in Eastern Canada but were able to make that up in Quebec, Ontario and two in Alberta (one in each of Calgary and Edmonton); however, they don’t have any significant representation in Alberta and Saskatchewan which will continue to be challenging for the region and the government.

The Conservatives made some gains in Eastern Canada.  Former Green Party Leader Elizabeth May held her seat in British Columbia and looks as though they also picked up Kitchener Centre (ON) that was held by a Liberal incumbent who was dropped by the party during the campaign.  However, they did lose their seat in Eastern Canada.

During the coming weeks, parties, pollsters, media and pundits will all be pouring over the numbers in an effort to learn lessons and strategize moving forward while Elections Canada works to certify all results.  Generally, there were a few themes that ran strongly throughout the campaign including:

Ultimately, this will likely be seen as a renewed, yet checked mandate to continue the Liberal Party’s agenda.

The post result speeches from the major party leaders were generally somber in tone, and remained focused on their agendas and priorities.

In the short-term we can expect a cabinet shuffle, Speech from the Throne and the constitution of Parliamentary committees prior to the holiday break.

In the coming days and weeks, Prairie Sky Strategy will continue to monitor the aftermath of the election and will keep you informed of developments.